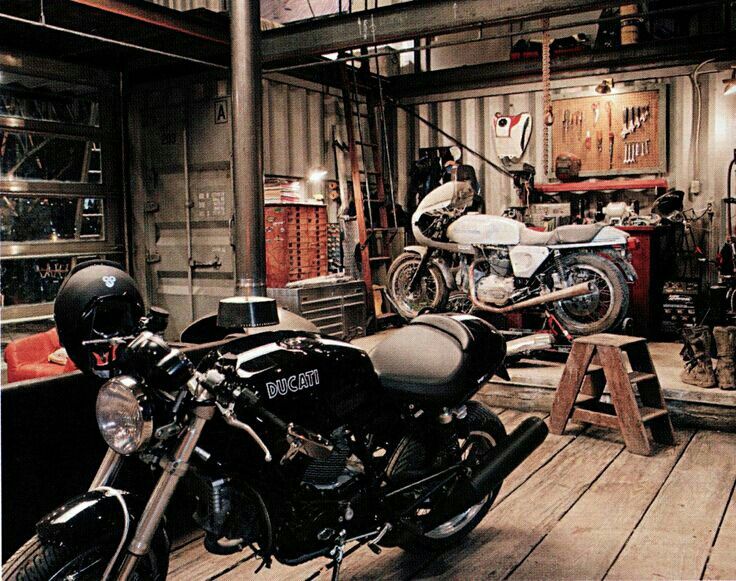 For all the musical folk out there looking for a place to practice their talent, the solution might be staring directly at you, the garage. The garage offers a wide enough space to accommodate more people if you’re thinking of starting a band, or just somewhere to practice alone, this ‘forgotten room’ is perfect. The even better news? The garage has been the place that some huge bands have had their beginnings. We’re going to run down some of the biggest musical artists who’ve gone from humbly performing in the garage, to paving the way for other artists performing in sold out worldwide arenas.

Kurt Cobain and Krist Novoselic met at High School. However, it wasn’t until three years later they decided to form a group together. In 1987 the pair recruited drummer Aaron Burckhard in which they would practice in Cobain’s garage. The pair moved to Tacoma and lost contact with Burckhard. The pair were looking for names for the band, when they stumbled across Nirvana, keeping it because it sounded ‘pretty’ and ‘beautiful’ which is what Corbain wanted. In 1990 the pair were introduced to drummer Dave Grohl who joined the band. The trio got to work recording what was to be their album ‘Nevermind’ which is hailed as one of the greatest albums of all time by music critics and fans alike.

The original members of the band met in New York city around 1965-1967. The Ramones began to take shape in 1974. All the members began to adopt the surname Ramone, inspired by Paul McCartney’s use of the pseudonym Paul Ramon during his ‘Silver Beetles’ days. The Ramones would originally practice in a garage in down town Queens. The band ranked at number 26 in Rolling Stone Magazine list of ‘100 Greatest Artists of all time’. And have since gone to be inducted into the Rock and Roll Hall of Fame, and being awarded a Grammy Lifetime Achievement Award.

The Who are one of the most recognisable and influential bands of the 20th century. The line-up of Roger Daltrey, Pete Towshend, John Entwistle and Keith Moon met in Acton, London in 1964 and originally began performing under the name ‘The Detours’. The band were told of the group ‘Johnny Devlin and the Detours’ and then decided to change their name. They discussed various different new names for the band including ‘No one’ and ‘the Group’ eventually deciding on ‘the Who’ because they believed it had a ‘pop punch’. The band is remembered for such hits as My Generation, Pinball Wizard and Baba O’Riley which is considered as one of the greatest songs of all time.

Weezer was formed in 1992 in Los Angeles, with founding members Rivers Cuomo, Patrick Wilson, Matt Sharp, and Jason Cropper. The band started to practice in a garage, until they had their first gig opening for Keanu Reeves band Dogstar. It was then, the band signed a record deal and Cropper left the band being replaced by Brian Bell. Matt Sharp left the band in 1998 and was replaced with Mikey Welsh, however he left the band due to health issues in 2001 and was replaced by Scott Shriner. The band have released 10 studio albums to date, and continue to be a popular rock band, selling 17 million albums worldwide, and winning a Grammy Award.

So, if you’re looking for a new place to hone your musical abilities. Maybe the garage will be a great option after all. If you’re on the lookout for a new garage, get in touch with a reputable garage builder, who’ll be able to assist with the design and necessary requirements, so you can catapult your way to stardom.