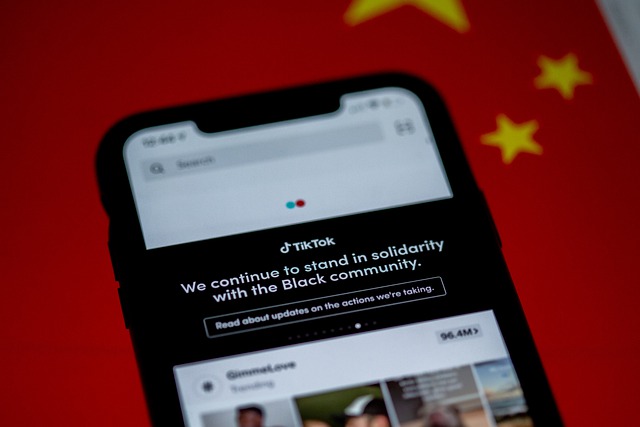 From the famous online personalities of Charli D’Amelio and Addison Rae to the viral 60-second snapshots making their way across global social feeds as we speak, it’s no surprise that TikTok has become the newest online phenomenon for a young digital native audience.

With over 689 million monthly active users worldwide, TikTok has risen up amongst the social media ranks in record time and become one of the most popular platforms for the younger generation. As new viral tunes and phrases are adopted by an impressionable audience, the real question is, how will this affect their social development? 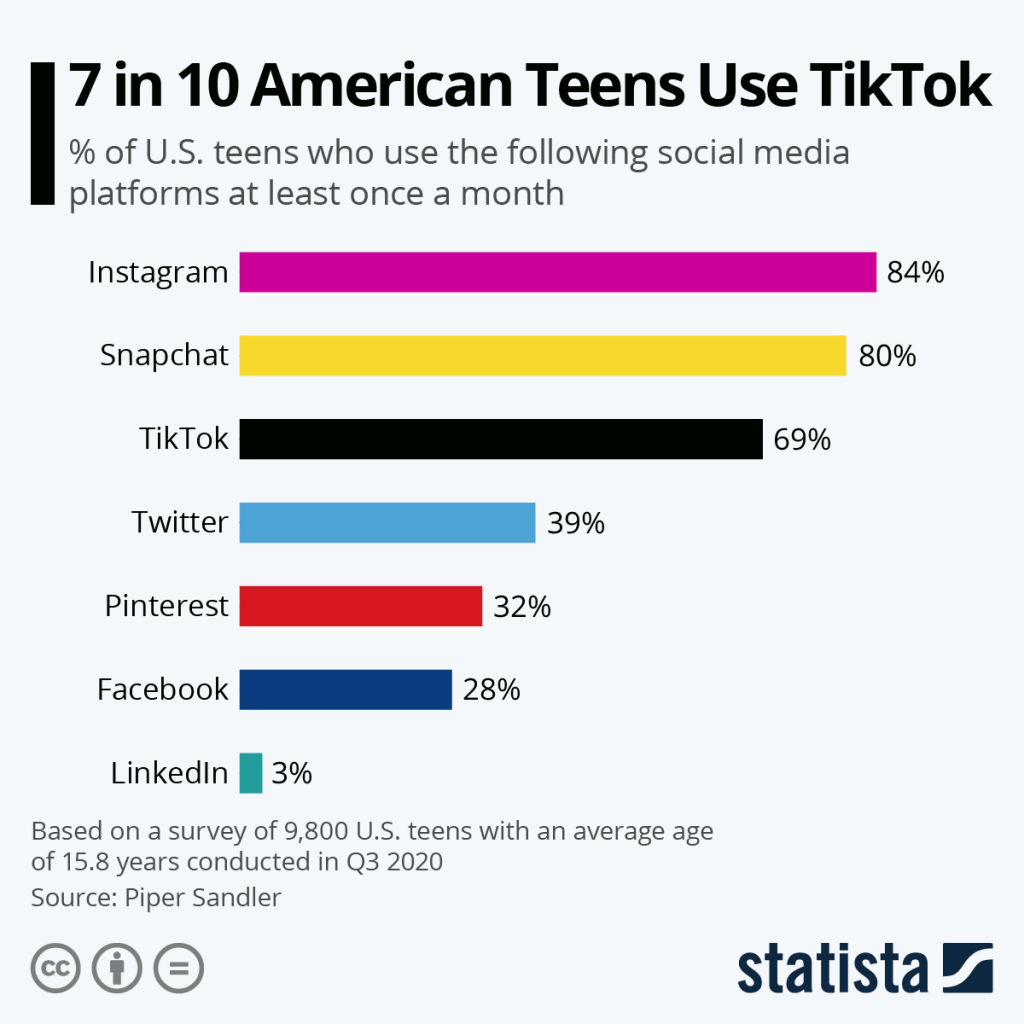 As children as young as 9 and 10 continue to download the most talked-about app on the school playground, the question is, are they learning more than the famous 60-second dances? With young people now being raised by the influence of social media culture, how will this change the development of an entire generation?

For those of us that are not quite up to date with current trending social platforms, TikTok is one of the new consumer giants, leading the new wave of social media. As an app that streams billions of short, 60-second videos, it lets its users post original content, merge videos with viral sounds and songs and comment on and share other users creations.

With its ability to allow users to like, share and message, it has been regarded as a powerful online social tool, which has taken over the way that young demographics interact with one another online. Gone are the days of instant messaging, phone calls and video chats. We now see our young ones talking in the form of memes and viral video phrases. It’s a completely new form of communication.

The problem is, how is this new form of communication affecting the sociality of our children’s brains? As TikTok, amongst other social media giants such as Instagram and Snapchat continue to change the future of how we interact, it’s no surprise that many parents are concerned about the apps lasting effects.

Can TikTok Affect The Social Development Of The Brain?

So the big question at hand is just how much does social media affect the development of our children? From social skills to mental health and body image, social media apps such as TikTok continue to influence the way in which our children think and act. As such a large part of their developmental portion of their lives, it’s no surprise that social media is moulding an entire generation.

Read on to find out just how much of an impact platforms like TikTok are posing on our kids’ impressionable brains and how both children and parents can take steps to reduce the effects.

One of the largest selling points of TikTok is its 60-second video feature, allowing users to view creative content in short bursts before moving onto the next video. The app cleverly retains the attention of young viewers, with its ability to constantly show them something new, every 60-seconds.

While this may be raking in the revenue for the popular platform, Head of Digital Learning at Santa Maria College, Melissa Marshall, claims that this feature is encouraging poor learning habits for our future generation of leaders. In her study, she said: “The 60-second bites of information encourage a lack of extended concentration and focus.” suggesting that as children continue to live their lives in the form of ‘60 second bites’ they may have trouble focusing on anything from long movies to teachers in the classroom.

With highly malleable brains, Marshall insists that parents and teaching professionals should be focussing on improving analytical skills, patience and persistence to develop future work based attitudes. The problem is, TikTok directly opposes that, making it more important than ever to limit its influence on your child’s development.

The Effect Of The ‘Beauty Filter’

The ability to provide endless streams of content isn’t TikTok’s only feature. Like all social media platforms and the evolution of the digital world as a whole; TikTok has also become a large contributor to the creation of 21st-century beauty standards that continue to affect the self-confidence of an entire generation.

Thanks to the addition of their ever-popular ‘beauty filter’ that works to blur skin imperfections and whitens teeth for the perfect airbrushed look, TikTok not only fuels digital eye strain, but also the rise of unattainable beauty standards. With highly impressionable brains, children and teens at the peak of their development stage are susceptible to these harmful influences that suggest that their body should look a certain way. 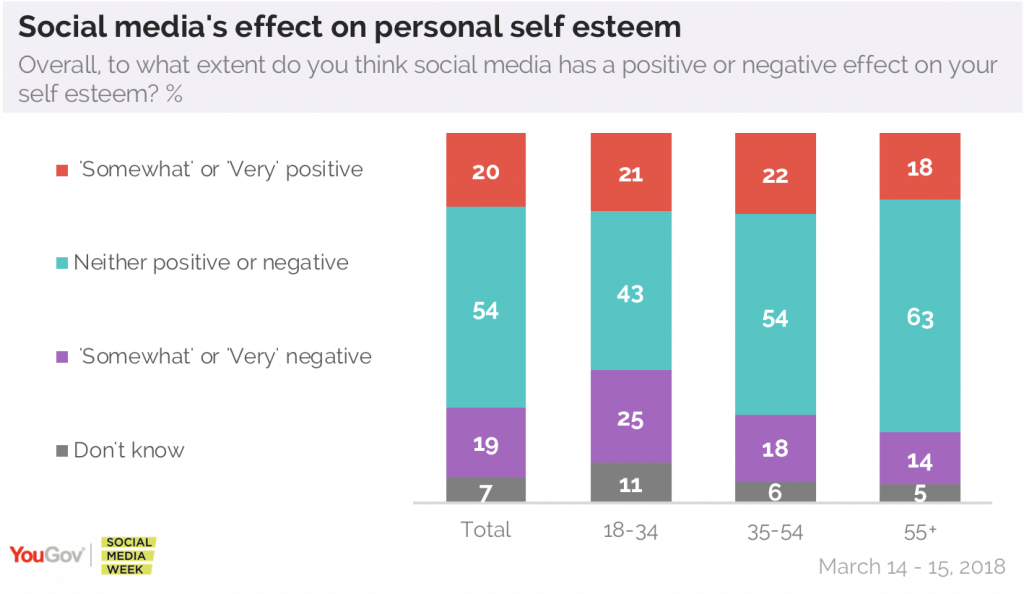 As they see famous TikTokers with perfect skin, pearly whites and a 25-inch waist, spread across their ‘for you’ page, the damaging effects are inevitable. With beauty standards constantly being raised by the introduction of feature editing on TikTok, the mental health of a developing generation is definitely at risk.

With new studies suggesting that spending more than 3 hours a day on social media puts adolescents at a higher risk for mental health and body image issues, it’s time to limit that screen time.

With 13% of children aged 12-17 reporting that they suffer from depression as a result of social media influence, it’s never been more important to have that chat with them about realistic beauty standards. Encourage your little ones to remove negative influences from their feeds, and focus on positive influences that empower them instead.

With the title like ‘social’ media, you’d imagine that the introduction of new social platforms would only increase the social development of the brain. Unfortunately, many researchers are seeing the exact opposite. While social apps such as TikTok most definitely widen our circles of contacts and our interaction online, Professor of Psychology, Jean Twenge suggests that these platforms are crafting a ‘lonely generation’.

In her recent study, she found that modern-day students spend an “hour less a day engaging in in-person social interaction” compared to high school seniors in the 1980’s. As digital media use increases, children are becoming fluent in text talk, but foreign to the idea of in-person interaction. As the social capabilities of an entire generation transform, Twenge proposes that those who spend the most time online report the most loneliness, contributing to a newly socially anxious population.

To combat this, encourage your children to go back outside and talk to their friends in person. Whether they sit on their phones together or engage in a ‘techless’ activity, it’s important to stimulate sociality within the brain in order to reduce anxiety and tech induced loneliness in the future.

Looking To The Future

As the future looks to be even more digitally connected than the present, TikTok is just the beginning of a new plethora of social media platforms. With new generations of teens turning to text to express emotions, their sociality is constantly being moulded by their online life. In order for their development to not only progress with the current online trends but also out in the real world, the future is all about balance.